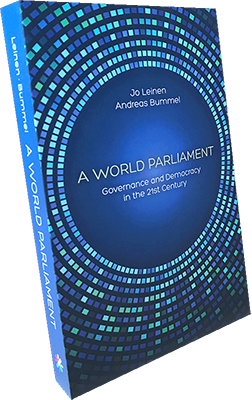 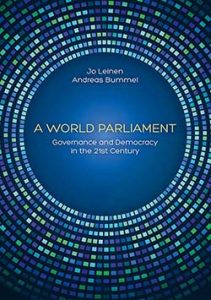 Governance and Democracy in the 21st Century

A book on the history, relevance and implementation of the idea of a world parliament.

“An important and excellent book. The efforts for a world parliament enjoy my full support.” — Jean Ziegler

More about the book
GET INVOLVED

Campaign for a UN Parliamentary Assembly

Andreas Bummel is known for his advocacy of a world parliament.

His book “A World Parliament: Governance and Democracy in the 21st Century” which was published in 2018 (with Jo Leinen) provides a comprehensive overview.

Andreas was born in Cape Town, South Africa, in 1976 and moved with his family to a town close to Frankfurt am Main in West Germany at the age of six. As a child he was terrified by the possibility of all-out nuclear war between East and West that seemed all too real. The victory over apartheid in South Africa and the fall of the Berlin wall in 1989, left a deep emotional impression on him.

Feeling as a global citizen and horrified by the inability of the United Nations to stop the genocides in Bosnia from 1992 on and in Rwanda in 1994, he became involved with the World Federalist Movement, WFM, an international non-governmental organization that was established in 1947 and which is devoted to strengthening of the global rule of law and democracy. One of WFM’s prime objectives was the creation of the International Criminal Court and since 1995 the organization has been running the international NGO coalition working on creating and strengthening the court. Andreas served on WFM’s council from 1998-2018.

In 1997, Andreas became involved with the Society for Threatened Peoples, STP, one of Germany’s largest human rights organizations. STP was one of the first groups that called for international action to stop the genocide and “ethnic cleansing” in Bosnia. The organization advocates the cause of minorities throughout the world. From 1998 until 2008 Andreas served as an advisor on UN issues. In 2009 as well as from 2017-2019 he was a board member.

Together with a group of world federalists Andreas established the Committee for a Democratic United Nations, KDUN, in 2003. According to the Committee’s founding declaration, the members “are united in the vision of a world in which the rule of law, democracy, subsidiarity, federalism, human rights and peace are globally institutionalized and guaranteed.”

In 2007, KDUN together with numerous partners around the world launched the international Campaign for a UN Parliamentary Assembly, CUNPA, that has been supported by over 1,600 members of parliament from over 120 countries. As the Campaign’s coordinator, Andreas among other things organized the international meetings on a UN Parliamentary Assembly that were held in 2007 in Geneva, 2008 in Brussels, 2009 in New York, 2010 in Buenos Aires, and 2013 again in Brussels.

From 2001-2006 Andreas worked as an analyst at the management consultancy firm FutureManagementGroup, FMG. Previously, he was trained in business administration and worked at the global pharmaceutical group Hoechst which today is part of the Sanofi-Aventis group. The department he worked at was responsible for the group’s quality management.

Apart from his work and his other activities, Andreas enrolled in the Law School of the University of Mainz and specialized in international law and corporate law.

In 2001 and 2002 he was a scholar of the Deutsche Studienstiftung which sponsors students of outstanding academic achievements. However, Andreas eventually abandoned university without graduation in order to concentrate on his political work. Since 2006, he is a full-time political activist devoted to the cause of global democracy and world federalism.

In 2012, the World Academy of Art and Science, WAAS, elected Andreas as a fellow in recognition of his work on a world parliament and in 2015 the Society for Threatened Peoples awarded him the association’s honorary membership. 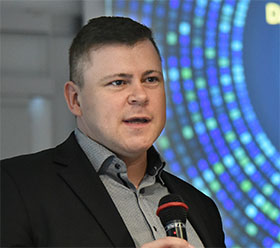 He is a member of the advisory board of the World Government Research Network, WGRN, that was launched in 2015 and aims to advance the academic dialogue on global political integration.

Under the leadership of Andreas KDUN merged into Democracy Without Borders, DWB, in 2017. In addition to its advocacy of a world parliament, the organization is now committed to democracy promotion in general. Currently there are country chapters in Germany, Switzerland, Sweden and Kenya.

Andreas is a co-founder of the Campaign for a UN World Citizens’ Initiative, see here, that DWB launched in collaboration with Democracy International and CIVICUS in 2019.

Together with Maja Brauer, Andreas has authored a new 150-pages study on the creation of a UN Parliamentary Assembly

At two panels of the 2020 Athens Democracy Forum Andreas argued for a more democratic UN. One was covered by The New York Times in this piece.

At AlJazeera.com, Andreas says that there is a struggle between the forces of autocracy and nationalism on the one hand and democracy and global awareness on the other.

In this article Daniel Jositsch and Andreas Bummel argue that “it is time for a democratic global revolution”. Published at IPS and The Manila Times, among others.

CNN and US elections

Read Andreas’ comment: the UN chief “needs to take action to improve representation and participation of the world’s citizens at the UN”

On 23 April 2020, Andreas spoke at an online event organized by the Baha’i International Community as well as the Together First and UN2020 campaigns. Here’s a report.

On 11 March 2020 Andreas spoke about a world parliament at the London School of Economics. Here you can find a recording.

Andreas was listed in The Guardian’s Upside column as a possible alternative nominee for a New Year’s award.

In this joint piece at IPS Lysa John, Bruno Kaufmann and Andreas Bummel call for the creation of a UN World Citizens’ Initiative